This is my first blog post in a few days because I was quite busy with production of the magazine I work for (the Nation Magazine, it is a Cree owned publication out of Montreal- I am not Cree but my children are part Cree). Then I was a busy, busy little bee, setting up my new sewing machine.

Over the last few weeks the desire to sew and embroider and bead and make things with my hands has just been overwhelming. I think it is a good thing, the idea of being creative again but not only in the context of assigned stories.

Actually, more than anything, I want to make lingerie but that has more to do with my What Katie Did obsession and that is going to get its own blog post sometime soon.

So far I have recut two different vintage slips that I had bought from a vintage shop on Etsy that were quite beautiful and were listed as having a 38-40 bust but I couldn’t even make it into the garments to try them on because they were way, way too small. So, I remade them, adding lace panels and trim and beads and now I love them. If I can muster up the guts, I may even wear them on this blog but I am not big on having semi-clad photos of myself circulating online after my misogynist ex boyfriend took x-rated photos of me while I was unconscious, and tried to film us together once without my knowledge. I don’t know if he ever circulated those photos or not, there was no point in asking him, he was such a fucking liar anyway.

At the same time, taking all of these photos of myself and posting them has been a way for me to reclaim my body. Getting into the whole pinup thing was a big part of that. I like retro because it is classic and feminine but also because it can be beautiful while also being modest.

I have lived a life where I have had very little control over myself, what I wore, who I was, my identity and what defined being beautiful.

Not only have I led a life where I have been surrounded by narcissists and misogynists but it isn’t like the world I was growing up in, back in the 80s and 90s was particularly good to women. You were of value if you were a blue eyed blond with a beautiful body. That was what was valued and that was it,

And now in 2017 I am very desperately trying to deprogram that deeply ingrained construct from my mind. That I am beautiful simply because I want to be. That beauty is more than the surface. That battle scars like stretch marks, a paunch belly after two c-sections and scars from self mutilation after a brutal upbringing do not detract from who I am or what makes me attractive. I can still be beautiful at 39. I can still be beautiful and have varicose vein marks on my legs that happened as a result of pregnancy. That I am all of these things but they are not what defines me.

So, after a lifetime of being put down, controlled, violated, abused and beat up, I have the control now. I control what people see of me and I control what happens to my body. I control where I got to worship. I am in charge of mending my soul and I choose who I allow to hurt me, which, right now isn’t anyone.

One of the shittiest parts of having C-PTSD is the fact that it can make you cry easily and not be able to control it.

I am just so done with that shit.

But on to the bigger, better and brighter things: my outfits!!!!

The last time I posted on Instagram was about three days ago in a darling teal dress from Miss Candyfloss and a pair of Hera Heels from bait. I absolutely adore Miss Candyfloss!!! Oh man, they have such a unique take on retro looks and so rarely do they make anything that you can’t just look at it right away and know the brand because their dresses are so well cut and in such rich, intense colors, are belted and have such divine nips and tucks that its up in your face pin up without being over the top or too revealing. Their dresses are sexy and stylish and elegant and even a little kitschy without being over the top.

The second outfit, the one I posted today, was a new delight from England’s Dolly and Dotty, with a Hell Bunny petticoat, some Bait heels and some Splendette bangles to tie the whole look together. I really like Dolly and Dotty because they offer comfortable and beautiful garments that flatter my curves and make me comfortable and feel pretty. If I actually went out at night (which I don’t because kids and exhaustion) I would love to wear one of their dresses to twirl around in. With this ensemble, I am wearing a favorite pair of BAIT heels and my favorite Besame Red velvet lipstick.

And, I deserve to love it all and feel pretty in it because that is what I want to be. And, fuck the rest of you. 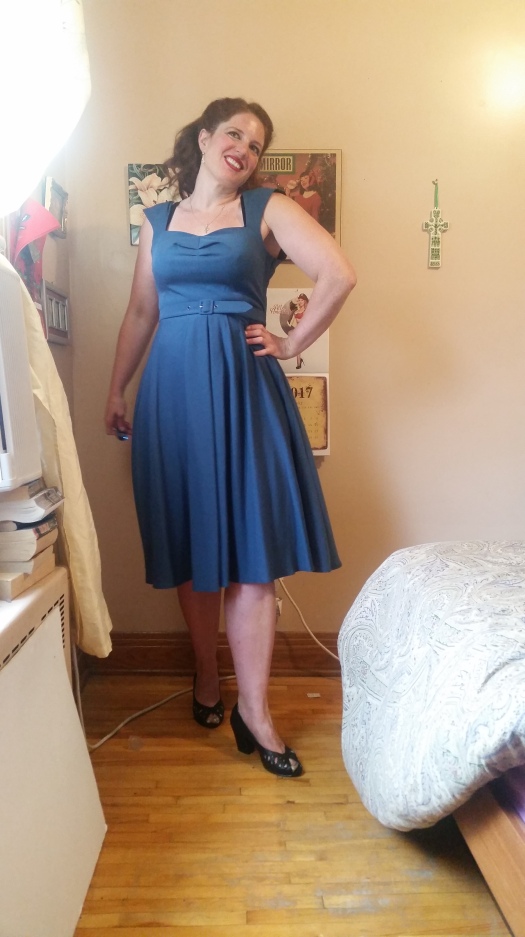 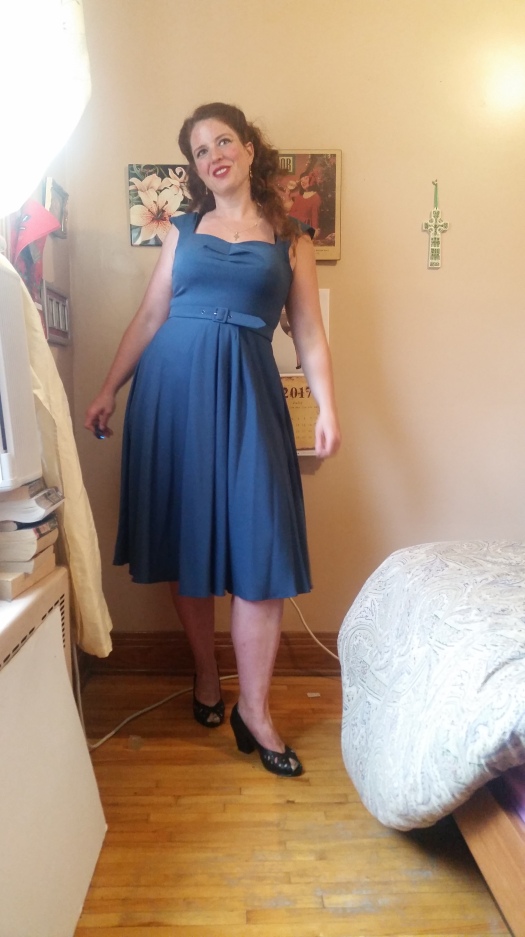 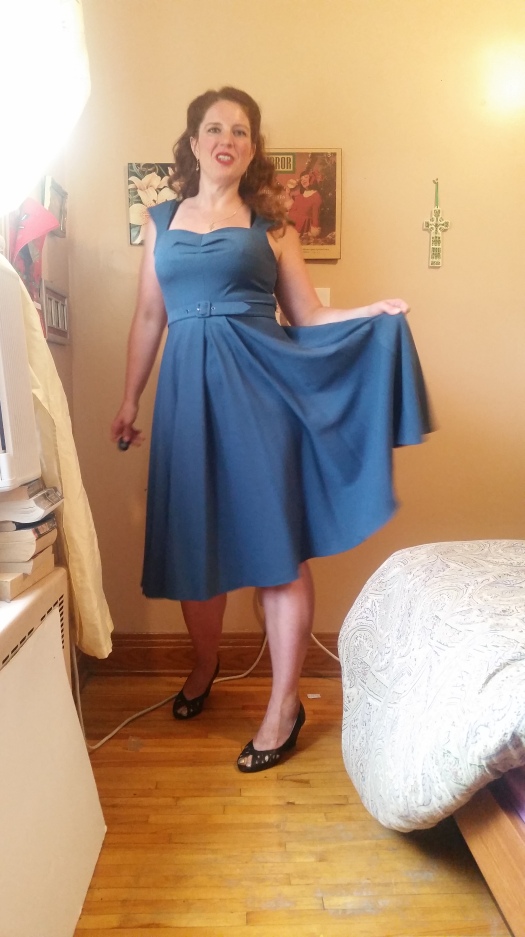 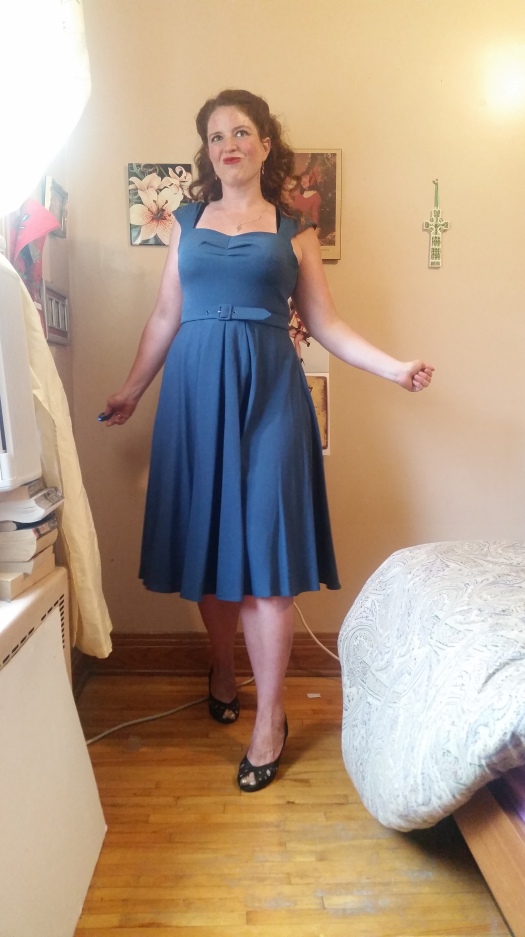 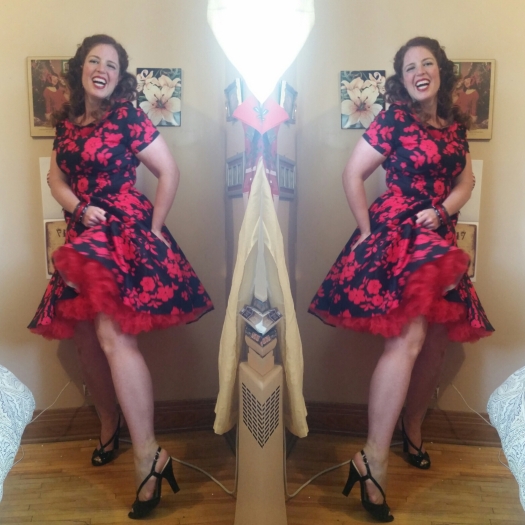 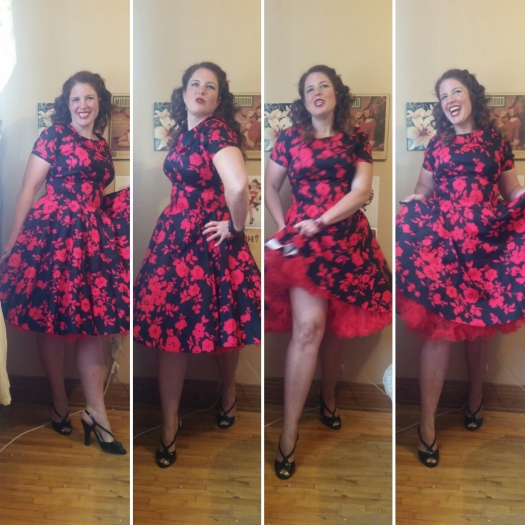 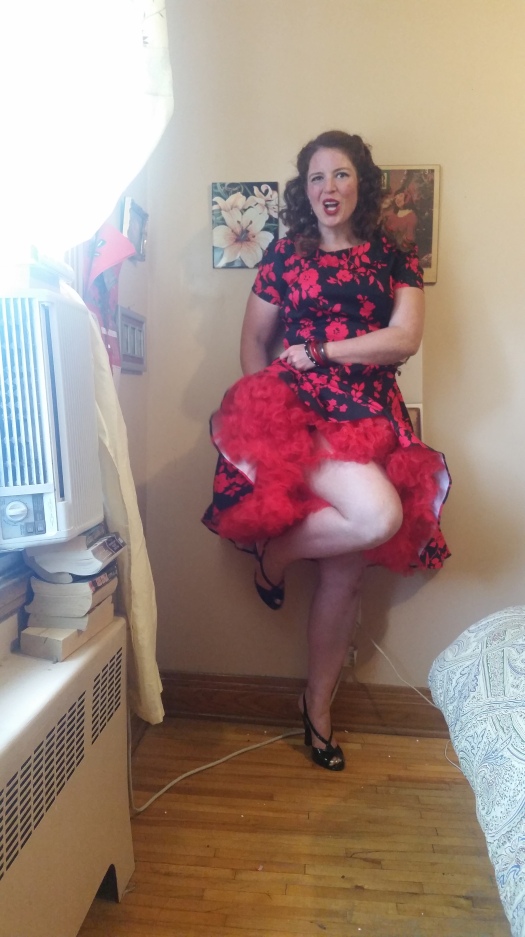 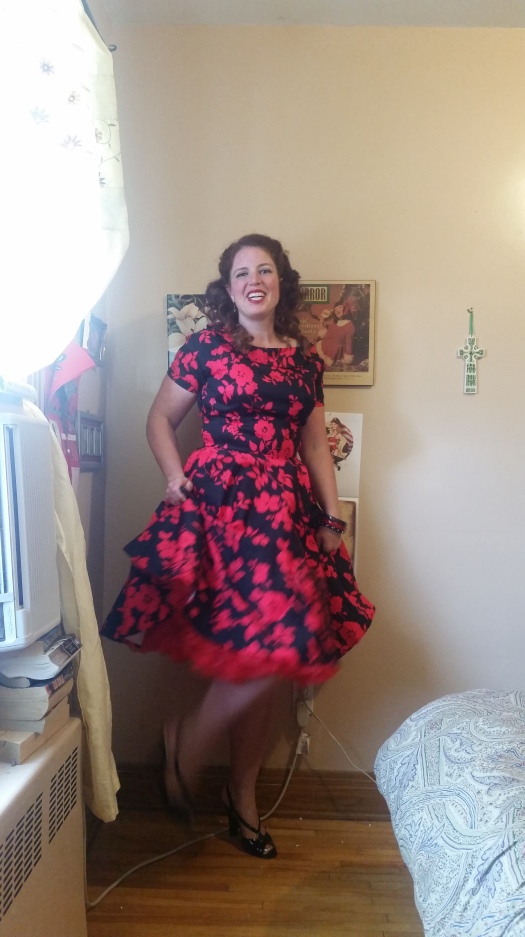 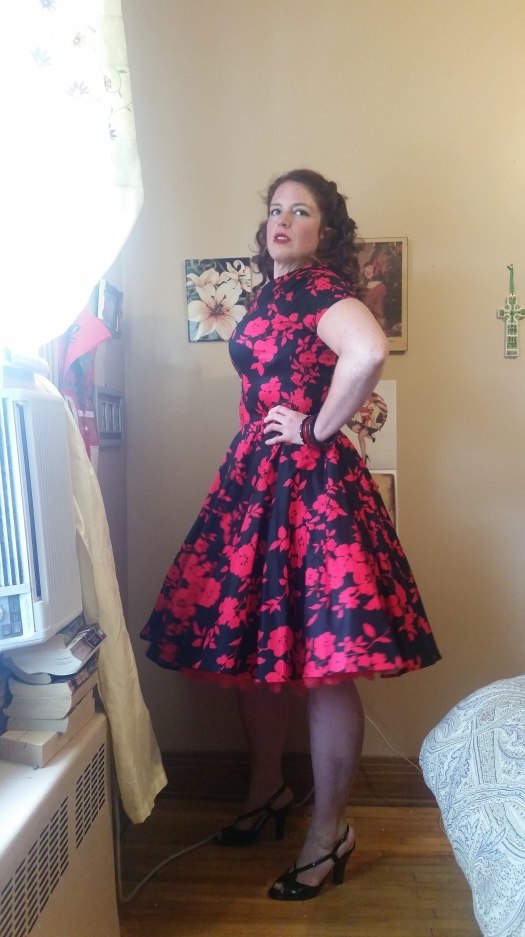 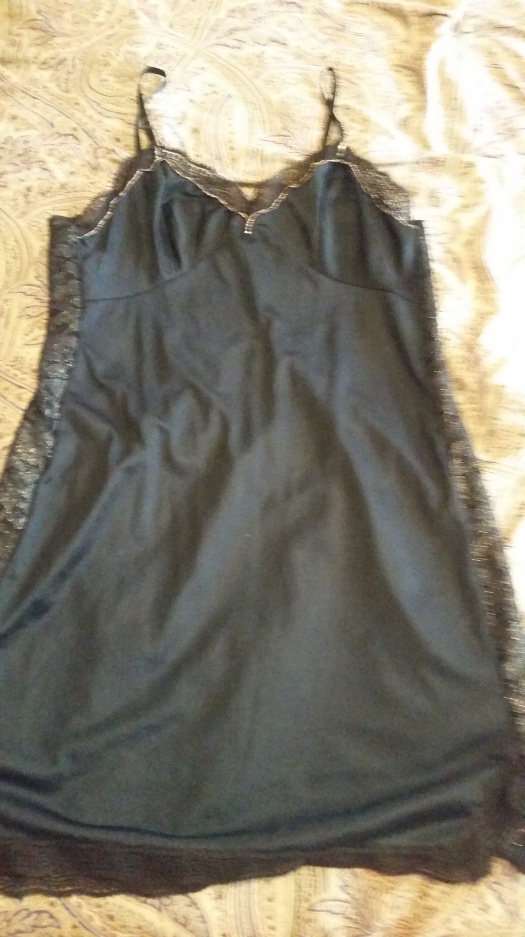 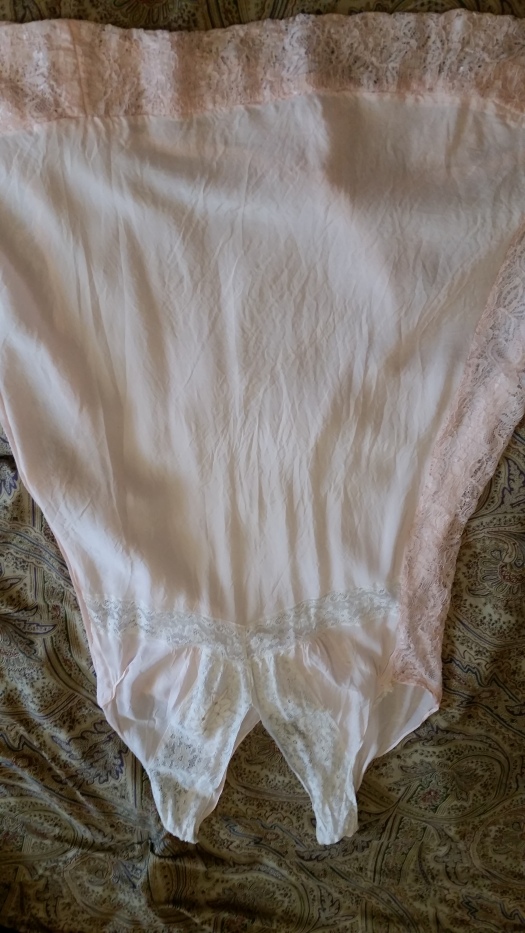