Every Sunday morning I wake up between 6-7 am, start exercising and with weights and planks, feed the kids, rush to curl my hair, get the kids dressed and then hustle them out the door to get to the bus stop on time to make it just on time for church.

While churchgoing crowds aren’t what they used to be in this city as parishes dwindle down to nothing, where we usually go there is a pervasive mentality that this is indeed the children’s church too, they have special rooms for them and special curriculum put together by priest who is getting his PhD in Children’s Ministries.

When he is around, things go great with the kids because he is extremely good with children and also extremely defensive of them as in a church, they tend to be noisy and not able to sit still. Us parents have our own little corner of the church where we sit close by to the Children’s chapel where they go to color and play wile waiting to go to communion or until Sunday school begins, the stairway to go downstairs to their Sunday School room is just a few meters away.

This morning when I brought in my five year old and 17 month old, it was like any morning when we go, a serious effort to make it on time, consists of at least two or three blocks of me running in high heels, pushing a stroller and hanging on to a five year old and arguing with him at the same time because while running he is asking me nonsense math questions. So, when I get in and the kids go to the chapel and I am dripping in sweat and out of breath and looking forward to a sermon where I get like an hour of peace to listen and pray, the last thing in the world I want to hear is how my 17 month old needs to “learn how to be more respectful of communal items at the church and not bite them or chew on them or destroy them because they belong to the church.”

My baby had picked up a piece of shaped foam that kids can use to build things but often end up in the mouths of toddlers because they are pretty much baby toys.

Initially I laughed and said, oh, perhaps I will have to buy the church a new bag of foam shapes. But, the woman, who was volunteering with the Sunday school, said no, no, he really needs to respect other people’s property, this is something he must learn and looked at me.

So, really, I was being reprimanded for taking five minutes to breathe while my toddler put a foam block in his mouth. He destroys things like any other 17 month old and I am not being an incensed helicopter parent and getting hysterical because the baby has stuck a baby toy in his mouth.

It was awful. I spent most of the sermon crying. It fucking sucked.

That is the gargantuan bitch about having C-PTSD, you often cry, without being able to control it, and then the world sees how weak you are and life gets harder because they have seen you vulnerable.

I cry easily. I always have. I panic, I have panic attacks. I go through bouts of depression for all sorts of different reasons, none of which I am really going to get into in here. But what I will say is it really disgusts me when people start to treat me as less than because they have seen me shed a tear.

Over, and over again, this has been one of the reoccurring themes of my life, there is an incident, it may remind me of other incidents that were far more unpleasant than that one and then, because I have shown weakness, people feel entitled to treat me worse, to give me less, believe that I do not command the same amount of respect that every living being on this planet deserves. Because, as I have discovered, if people can get away with treating someone else poorly, most people will choose to do so. And the very few that don’t, are those that you need to hang on to like no fucking tomorrow because they are among the minority of people who are mature enough and well adjusted enough to not look for an opportunity to treat someone terribly for the simple sake of making themselves feel a little bit better or tougher or more important.

And this, ladies and gentlemen is why I prefer the company of cats.

As for my Outfit of The Day:

Today I am wearing the Elizabeth Dress in Black which I got on sale at their moving sale. I bought it in Extra Large and then altered it because I am very busty and often have to buy a bigger size and then alter or put belts on dresses. Seriously though, I am so not fucking complaining, Heart of Haute runs a little small and I have often had to purchase larger sizes from this company to things around my chest.

I am wearing this with a pair of Hera Heels from B.A.I.T

I felt gorgeous and great in this outfit until that bitch decided to insult my parenting and my baby and then it fucked up the rest of my Sunday. 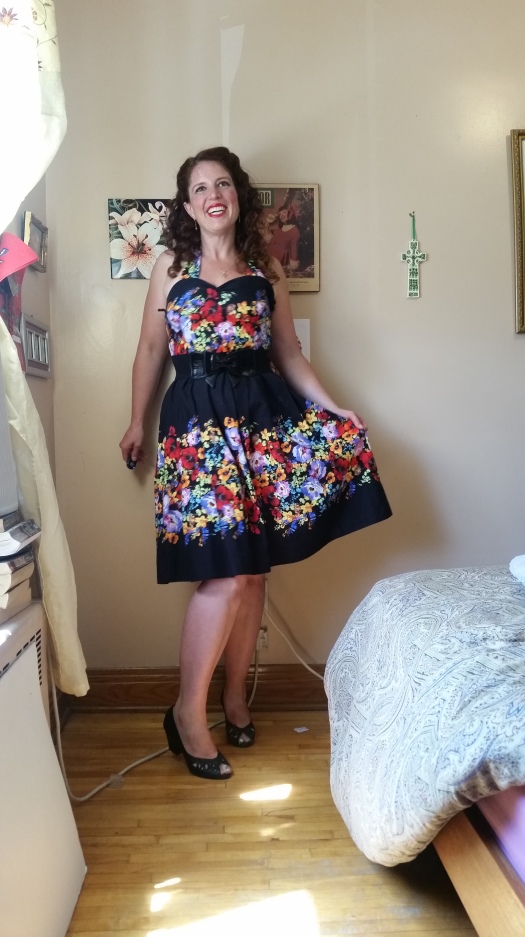 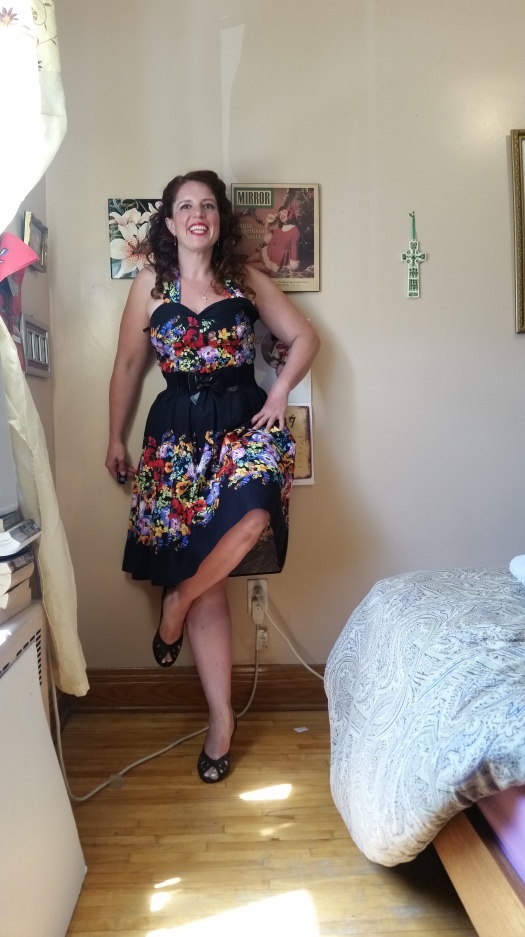 2 Replies to “Wearing my Sunday Best but the Sunday could have been better.”